Yolandi Franken, Mrs Australia Multiverse is one of the ladies fighting to break the silence and create awareness about the disease. We delve deeper into her reasons for feeling so passionate about the topic.

A few years back Yolandi suffered her own battles with women’s health issues but she was one of the lucky few who lived to tell a happy story. She knows that part of the reason for her positive story was the fact that she was diagnosed early. Her own battles made her more aware of illnesses and diseases related to women’s health and she decided to get more involved in creating awareness.

Ovarian Cancer is the disease that Yolandi decided to dedicate her charitable time to because unlike breast cancer or cervical cancer there is no early detection or self-assessments that can be done. Unfortunately with Ovarian Cancer the symptoms are so discreet that it’s too often only discovered when it is too late. Ladies tend to ignore the early warning signs and brush it off as indigestion or a small ailment when in fact it can be the start of something big. Some of the most common symptoms are:

It is suggested that ladies pay a visit to their general GP when any of these symptoms occur for more than two or three weeks. There is a chance that the symptoms might be unrelated but it is always good to be sure what the cause of these symptoms are.

Ladies need to talk about health issues and about their personal health to each other. It is a good way to keep each other in check and often it is a friend or family member that pushes them to make a visit to the doctor. Everyone cannot have knowledge about all ailments out there but if we communicate more we can share what we know. 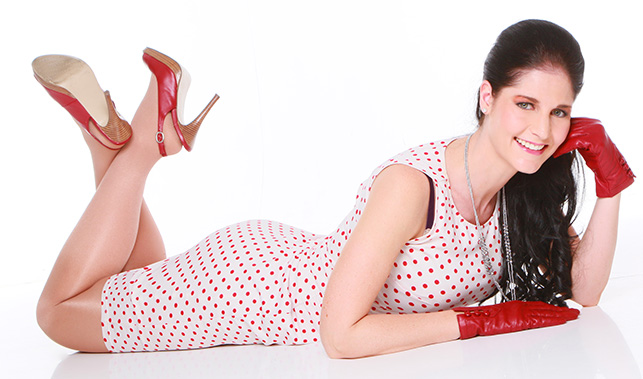 It was shortly after Yolandi started her advocating journey that she got involved in the Mrs Australia Quest for which she was a finalist. The Mrs Australia Quest works to create awareness of Ovarian Cancer and with her background in modelling and her passion for women’s health it seemed like the obvious thing to do and she entered Mrs Australia. In April 2014 Yolandi competed on national level and was crowned Mrs Australia. She will now compete on international level in Miss Multiverse 2015 which will be held in the Dominican Republic in June 2015. This is nothing but perfect for Yolandi because Miss Multiverse has its own reality TV show and being an actress and model this is an opportunity of a lifetime.

2014 has definitely been an interesting year for Yolandi with her unexpected involvement in pageants at her age (33). This opened up so many doors and opportunities, increased personal development, new friendships and not to mention the amazing platform and spotlight it created for her charity work.