By Sheila Steinberg
Beverly Hills Psychic, Christopher Golden has offered love advice for the past twenty years. This celeb seer is said to have a client roster of the “who’s who” in 90210. It’s been rumored that the Hollywood elite flock to the clairvoyant guru for career and love advice. Golden specializes in what he calls “love spell alternatives” and he claims to offer metaphysical services “to people from all walks of life and around the globe – mostly just everyday people”. However, the blogosphere tells a different story. The rumor mill shows him advising Hilary Duff to divorce her husband a full year before she finally faced the public embarrassment of said husband hitting on girls, drunk. Then she took Golden’s advice and divorced him. This is odd because Playboy Magazine called Chris the savior of Hollywood marriages. Perhaps this one just could not be saved.

High-profile clients of past and present are said to include the likes of Ozzy and Sharon Osbourne, Pink, George Clooney, Cameron Diaz, Tori Spelling, Angelina Jolie, LaToya Jackson, Rihanna, Katy Perry, Madonna, and Brad Pitt – just to name a few. When asked about this rumor however, Golden’s office would not confirm the claim. The answer came back simply, “We do not disclose who our clients are. We will neither confirm nor deny and that goes for everyone”. When asked if Chris sees VIPs in person or charges them more, the answer came back that, “everyone gets the same treatment. Everyone uses the same booking page, pays the same price and everyone gets their psychic readings and spiritual guidance either over the phone or by email, no exceptions”. When probed even further, Chris emailed me back and stated, “Think about it, no one is going to come back to me if I am broadcasting who my clients are and sharing their information with some blogger. Would you trust me if I was sharing your personal information?”

Psychics have always fascinated me. So when I heard about Christopher Golden, I was more than a little curious. Here was someone who wouldn’t so much as let someone take his picture and yet had quietly managed to become a highly trusted adviser, to some of the biggest names in Show Business. Although most of my questions were answered with “no comment” I was able to demystify some of the mysterious, somewhat eccentric, highly reclusive, basically Bansksy of the Psychic celebrity underground.

After numerous ignored emails and replies with simply no comment, I did get Chris to say more than most. He summarized his answer to nearly every question about the A List by stating, “Who is to say that celebrities are the foremost experts on who is a good psychic? Are they known for their vast mystical knowledge, or for studying the science of consciousness? When someone gets a star on the Walk of Fame are they automatically enrolled in the Institute for Noetic Sciences? No. Popular and good are not necessarily synonymous. Print that. I’d rather be known for serving the mainstream than the occasional high profile person. I’d rather have my legacy be that I helped thousands of everyday people find love, rather than have a few gossip pages list a handful of so-called important people, some of whom you’ve asked me about, frankly I have never met.”

Golden claims to have a “very high rate of psychic accuracy”. And I have found many positive reviews of him online. This is rather unusual. Even more unusual are many websites he has up which are devoted to Eastern Mysticism and do not even offer psychic services. 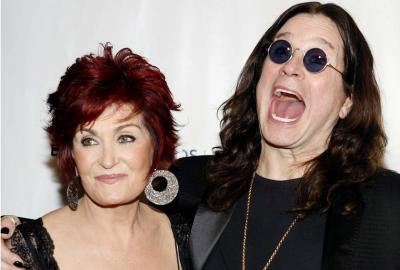 When I asked Mr. Golden why he is so private he had this to say, “People in public don’t ask me for psychic advise because they don’t know who I am. I intend to keep it that way. I work hard and I work often, so my down time is very important to me and I don’t want to spend it being asked psychic questions when I’m at the gym stuck in a crowded elevator. Actually, I rather enjoy leading a double life. It’s fun. I get the best of both worlds. Let those who seek fame become famous. I enjoy what I do and I don’t’ need all the rest of it”. And in perusing the book “The Top 100 Psychics” in which Psychic Christopher Golden is featured, there are plenty of well-known psychic readers who clearly are seeking the limelight. 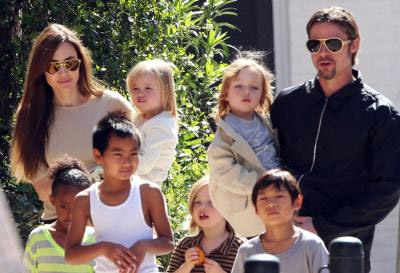 Psychic Christopher Golden claims that he is, first and foremost, a Spiritual Counselor, who believes that “by influencing people in media, to raise the level of their consciousness, one can also raise the level of the collective consciousness, since we live in a media-driven society” He adds, “Celebrities of course do matter, insomuch as they are the role models to which our society, especially young people, look to them to model their own behavior and beliefs. In in that regard these clients are important”.

As a psychic adviser to at least one of the “Real Housewives of Beverly Hills” Christopher Golden, it was rumored, was invited to go on to the show, but refused in order to, you guessed it, to maintain his privacy. And again, he will not confirm this rumor, although a source from the televised series has said they did try to get him to appear on the show and he was not having it. Lifetime Networks have also tried to get him on but instead Golden referred them to “The Psychic Twins” who are a fascinating story in their own right.

According to Golden, “My focus is to provide spiritual guidance and healing to my clients. However, there is a section on his website called “The VIP Package” where he charges $50,000 to be put on a monthly retainer. Nice work if you can get it, and apparently there are those who are willing to pay.

According to Golden, “I actually have quite a few clients in Dubai”. This likely would explain the whopping price tag for even a one hour session. Dubai is the new global playground for the world’s uber rich, the land of Lamborghini police cars, luxury cars which double as jewelry and $25,000 a night hotel rooms. To a young Saudi Prince, putting this Golden boy on a monthly retainer is probably a drop in the bucket. Clearly the real money is not in buying futures, but in seeing the future.

“I given accurate readings to thousands of people and if I were not accurate, my clients would not be coming back”. This clairvoyant offers a discreet consultation and a confidential psychic forecast, for as little as $75 and as much as $1,700 per hour. According to Golden, “I believe there are no problems which don’t also have solutions”. He claims it is best to know problems before they happen so that you can avoid them. One of the slogans on his website states that, “To Know the Future is to Change the Future”.

Every psychic reading Christopher Golden performs, he guarantees clear and accurate answers. He says he does not “speak in vague generalities”. Says Golden, “If I don’t know the answer to something, I will tell you. If I see something important in your future, I will tell you that as well. No psychic is 100 percent accurate, so if I tell you something which does not line up with your own inner voice, be skeptical. Psychic awareness is not an exact science any more than medical science or legal advice is. All I can guarantee is that I will do my best. Anything more than that would be over-promising”.


I accept his modesty as probably not false modesty so I asked to find out more of why some people refer to him as a guru or as their spiritual teacher and he had a few interesting things to say.

“Time exists in our mind and the human organism survives by constantly referencing our past, our present, and our future. These are our coordinates. However, the desire to see beyond, to lift the veil of illusion, often does not come, unless one is truly in a crisis state”. When asked what kind of crisis a celebrity would encounter, Golden responded by saying that, “Celebrity itself is a crisis. Having constant attention focused on you would make anyone highly self-critical and insecure. If someone has not learned how to relax into it, it’s not healthy. Remember, a celebrity is still a human being, subject to the same uncertainties, disappointments, heartbreaks, betrayals, flaws, hopes and dreams as everyone else”.

Psychic Christopher Golden has said that love spells do not work, after seeing spells advertised all over the web. A Google search yields numerous pages of sites, all of them claiming that they can reunite lovers in weeks, days, and hours or even sometimes in just minutes. In addition, these websites claim a 100% success rate. Is it a surprise that the sites only accept the payments via Western Union? These kinds of people that I have just described are gypsy scam artists, according to Golden. In fact he wrote an article about this in Yahoo News. Golden states that the gypsy scams “muddy the reputation of genuine psychics who are honest and know what they are doing”. Sadly, the internet is becoming bigger and the gypsy scams are becoming increasingly popular. So how can an honest psychic compete with such charlatans who make such extravagant and bold promises? Perhaps it’s just a situation where the cream rises to the top.

I asked Golden about the increasing popularity of “end times prophecies” and doomsday conspiracy theories. Here is what he had to say, “People who talk cynically about how the world is going to end fail to realize that such beliefs are paranoid, superstitious and out of step with the modern age. Standards of living are always increasing. Violence overall is down, believe it or not. The poor in First World countries today live much better than the well-off who lived only a few generations ago. Today, people have microwaves, indoor plumbing, cell phones and are also afforded free public education that wasn’t available even a hundred years ago. In the world we are living in, is there room for some improvement? Of course, absolutely. But is the world in its final stages of decay? I don’t think so. I feel the human race is clearly experiencing some growing pains right now, but overall we are experiencing a collective evolution in our overall state of consciousness. And I see this as a good thing. I am optimistic about the future of this planet”.

Psychic Christopher Golden explains that there is a method he has found to be useful, in maintaining perspective and not being caught up by the media frenzy and lies that we are always told about this world that we live in. “It is essential to meditate for twenty minutes, at least two times a day. Meditation is the key to staying grounded. I believe one day it will be taught in schools. Meditation elevates consciousness and the elevation of your consciousness is the fastest way to break negative karmic cycles – whether individually or as a nation. Your consciousness contains the blueprint for your future. And this is why I want to stress that to know your future is to change your future. We are far more powerful, all of us, than we realize. Don’t believe the lie the world told you. Every one of us has supernatural powers”.

For more on this Psychic to the Stars, you can find Christopher Golden at: http://www.Psychic90210.com