A man has an apparently satisfying life and, because of certain choices he makes, he ended up losing everything. It is the story told by Peter Fraser in his novel “A Pack of Lies”. The story begins in a way made to stir the reader’s curiosity. It is a monolog held by the central character, Denny, from prison. A short introspection of his past time there and constant reflection on the facts that violently kidnapped him from the world. As he remembers, the accusation lawyer said about his defense speech as being “a pack of lies”. Thus, the character is sure that the jury was influenced by this statement, which lead to the rupture in his normal life flow and putting him in prison.

The entire book is written from the perspective of the central character, using the first person. It gives the reader the impression that the action is happening at that exact moment. Anyone reading the book feels like a guest in the character’s house, an observer of the things happening around him. It is an intimate approach and a perfect way to express inner thought and emotional experiences. Even from the beginning, Denny gives the impression of living a satisfying live, in the safe enclosure of his residence. He does have some rather unusual rules, like not letting the front door open or not inviting anyone from the outside into his house. Besides him, in his residence you will find his personal assistant, his chef, and nurses. They all have to play by his rules since he’s the one paying for their time there. So, it is not unusual when his awkward looking daughter rings the door bell, and nobody invites her in. The house has a front door camera, to be able to see whoever comes near the residence, but no one is particularly allowed to enter without his permission. 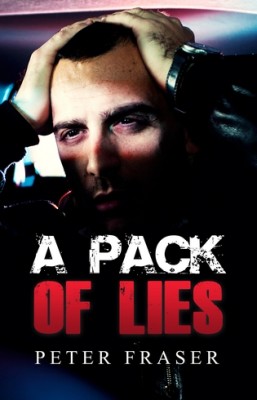 The first thing that comes to the reader’s mind when he reads the thoughts and beliefs of this character is to think that he is suffering from some sort of obsessive compulsive disorder. He Book wanted to put paints on his walls, so he decided to invite a painter over. Just the mere thought of the presence of the artist in his house made him compose a budget for damages, for all the items he is about to break. It is certain not a typical behavior. But, as the characters decides even from the beginning, he is prone to take wrong decisions. A set of bad decisions at a bad timing will lead him to the loss of his freedom and personal comfort of his residence. He will return in the world changed by his daughter vision. The entire world he knew, and built, is now gone. All that he’s left to do is to cope with the situation.

It is a story worth reading from the start until the final page. The inner tumults of the character and the weird shape of his life, so much different from any other life you’d normally see, is interesting to read about. The author created a character like no other. It is a personality you will rarely see and, implicit, will attract out of the ordinary situations. The style of the author is clear and easy to understand. It is a book that can easily be read by anyone. The words are not hard to comprehend, but the states of the central character might pose a challenge, as he does not have the typical behavior of an everyday person. It is still an excellent novel, which will capture your attention throughout its entire 200 and plus pages.